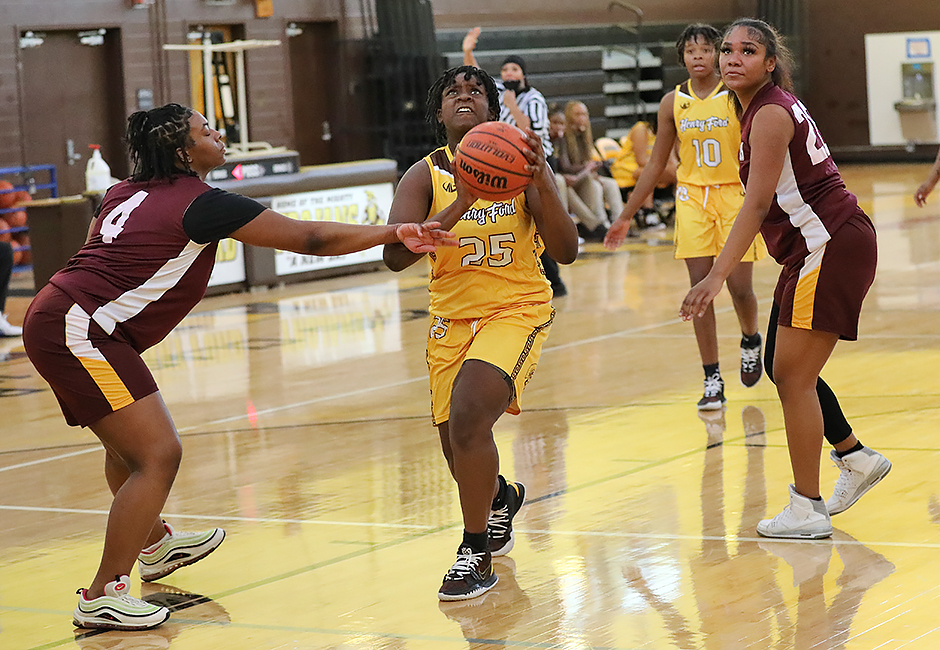 Photos: StudentandAthlete /Click on photos to view in  full size

The Trojans used a balanced attack against the Aviators. Six players scored and four were in double figures.