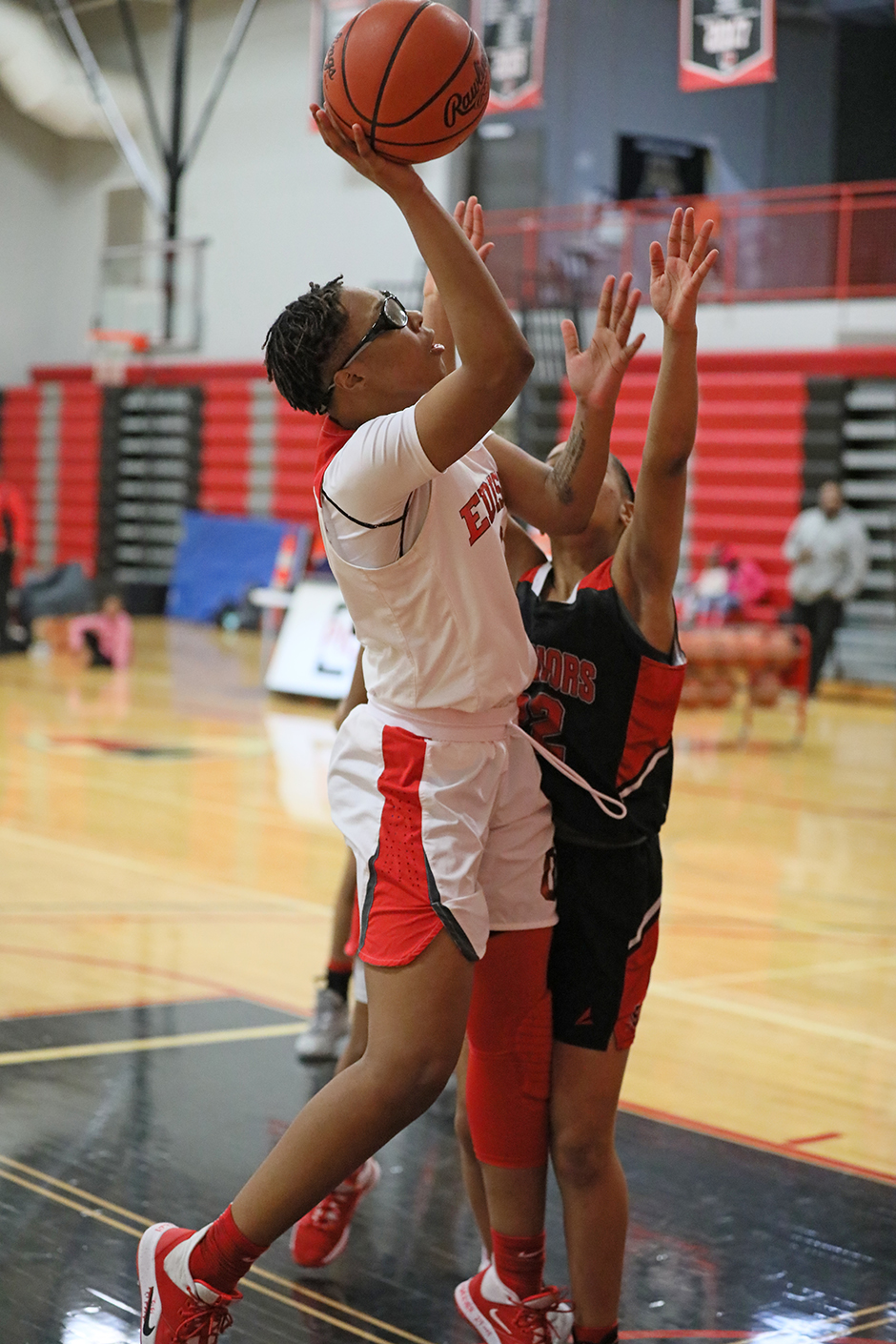 The 5-foot-10 senior wing led the Pioneers to a 20-0 regular-season record and a Michigan High School Athletic Association Division 2, District 56 championship so far this season. Elliot averaged 22.8 points, 9.1 rebounds, 3.8 assists, 3.6 steals and 1.0 assists through 20 games. A two-time Detroit News First Team All-State selection, Elliot is ranked as the nation’s No. 20 recruit in the Class of 2020 by Prospects Nation.

Elliot has volunteered locally with Steps in the Right Direction, which donates shoes to underprivileged students in the Detroit area, and she has donated her time as a youth tutor. “Gabrielle is a fierce competitor who does whatever it takes to win,” said Monique Brown, head coach of Edison

Academy. “She is such a multi-dimensional player that will guard the opponents’ best player, find a way to dig and scratch for the last rebound and also find to put the ball in the basket for the winning shot.”

Elliot has maintained a 3.33 GPA in the classroom. She has signed a national letter of intent to play basketball on scholarship at Clemson University this fall.

As a part of Gatorade’s cause marketing platform “Play it Forward,” Elliot also has the opportunity to award a $1,000 grant to a local or national youth sports organization of her choosing. She is also eligible to submit an essay to win one of twelve $10,000 spotlight grants for the organization of choice, which will be announced throughout the year.

Since the program’s inception in 1985, Gatorade Player of the Year award recipients have won hundreds of professional and college championships, and many have also turned into pillars in their communities, becoming coaches, business owners and educators.