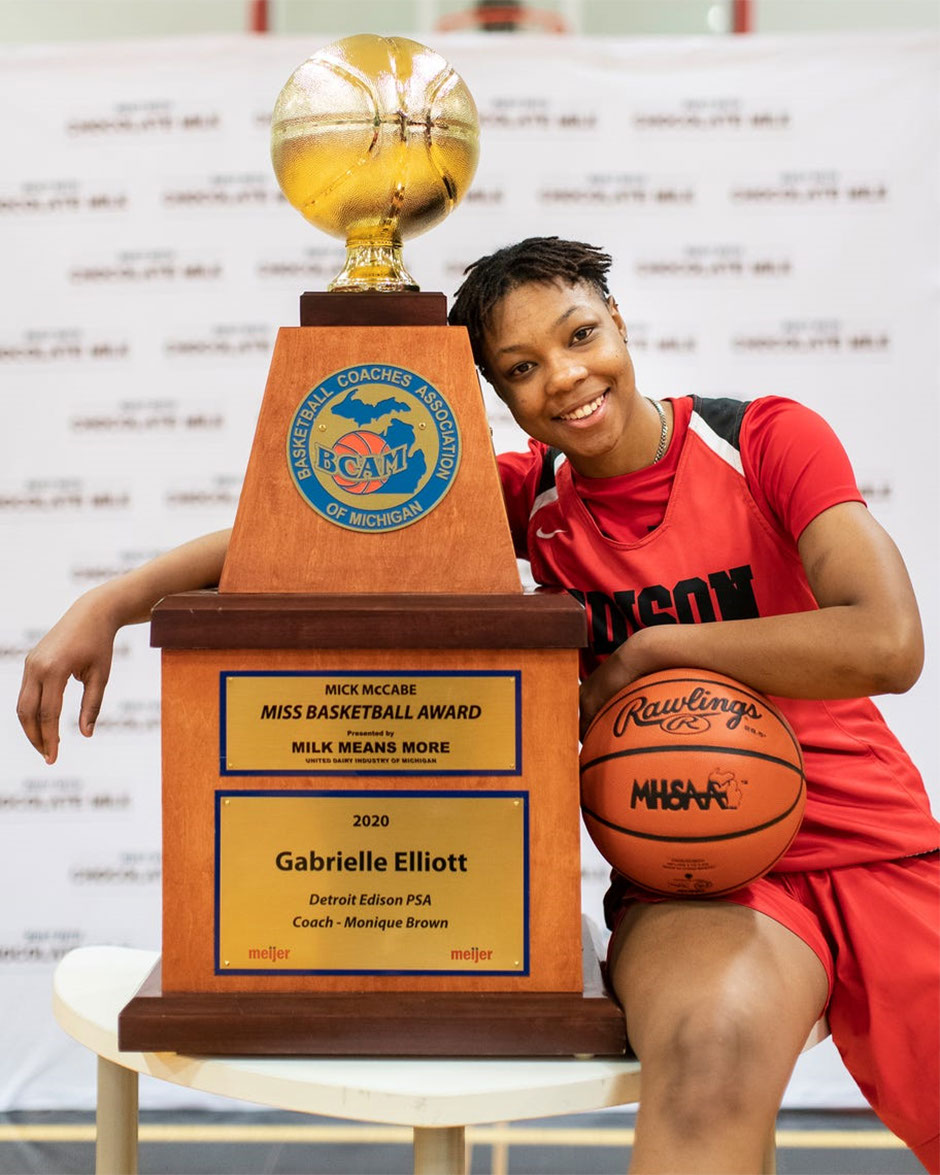 The Mick McCabe Miss Basketball award trophy is staying at the Detroit Edison Public School Academy Early College of Excellence for another year.

Gabrielle Elliot was named the 2020 recipient of the award for the top senior in the state by the Basketball Coaches Association of Michigan in a ceremony on Friday, March 13, at Edison.

Former Edison teammate and current Mississippi State star Rickea Jackson earned the award last season. It is the first time in the 39 years of the award that a school has had back-to-back Miss Basketball winners.

“I told her that I got it and she had to get it,” Jackson told reporters. “I think it’s very much deserved. When I was on the team, Gabby was always that hard worker. She was always the one coming in first in running. She was that player wanting to get better.”

The 5-foot-11-inch Elliott, who has committed to Clemson, received 3,891 points in the voting by BCAM members. East Lansing’s Aaliyah Nye (committed to Illinois) was second with 3,367 points, and Hartland’s Whitney Sollom (committed to Michigan) was third with 3,335 points.

“Gabrielle is a fierce competitor who does whatever it takes to win,” said Monique Brown, Edison head coach.  “She is such a multi-dimensional player who will guard the opponents’ best player, find a way to dig and scratch for the last rebound and also find to put the ball in the basket for the winning shot.”

Elliott was hoping to complete her high school career as a four-time state champion before the season was abruptly suspended on Thursday afternoon by the Michigan High School Athletic Association due to COVID-19 concerns.

“Of course I’m happy to have gotten this award, it’s a great honor, but it's senior year and I do want to finish out the season and to know that it possibly won’t happen, that there’s a chance that it won’t, it’s crazy, it’s kind of heartbreaking, but something like this is sure to get my mind off of it,” said Elliott

With Elliott as a starter since she was a freshman, Edison has an incredible 94-7 record, playing some of the toughest competition in Michigan and surrounding states. Edison has a 49-1 record the past two seasons. Edison avenged that single loss from 2018-19 earlier this season, beating Ohio powerhouse Columbus Africentric Early Colleg 68-59 on Dec. 28.

Edison was ranked No. 1 in Division 2 this season and was the heavy favorite to earn the four-peat. Edison was 20-0 during the regular season and had reached the regional final against Flat Rock after winning their district championship.

The only girls basketball team to win four straight titles in Michigan was Flint Northern (1978-81).

Elliott was also named the Michigan Gatorade Player of Year for girls basketball this season. Jackson won the award the past two seasons.

Elliot has volunteered locally with Steps in the Right Direction, which donates shoes to underprivileged students in the Detroit area, and she has donated her time as a youth tutor. 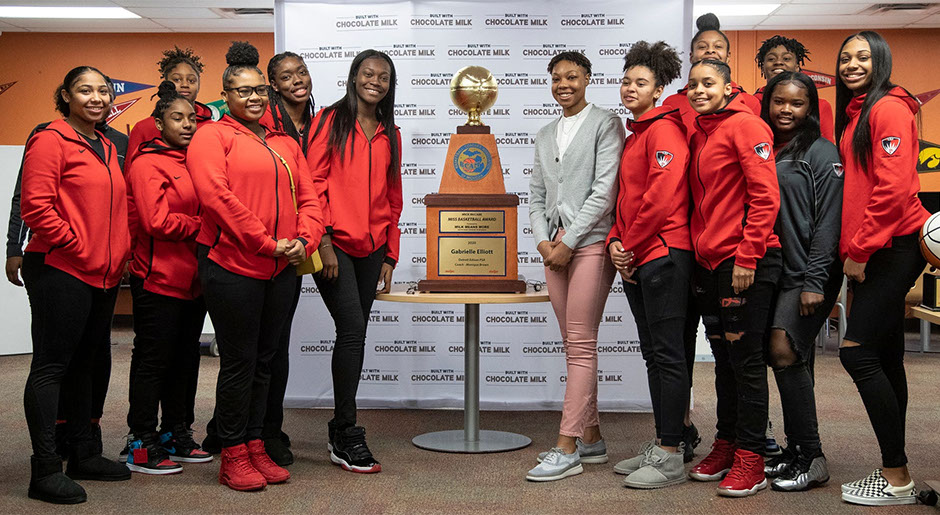